In his essay “Shifters and Verbal Categories,” Roman Jakobson describes the complexity of “indexical symbols” – linguistic signs that, as symbols, represent their objects by convention and, as indices do, have existential relations with their objects, at the same time (following Peirce’s classification).

Jakobson writes: “If we observe that even linguistic scientists had difficulties in defining the general meaning of the term I (or you), which signifies the same intermittent function of different subjects, it is quite obvious that the child who has learned to identify himself with the proper name will not easily become accustomed to such alienable terms as the personal pronouns: he may be afraid of speaking of himself in the first person while being called you by his interlocutors.”

“Sometimes” he continues “he attempts to redistribute these appellations. For instance, he tries to monopolize the first pronoun: “Don’t dare call yourself I. Only I am I, and you are only you.” Or he uses indiscriminately either I or you both for the addresser and the addressee so that this pronoun means any participant of the given dialogue. Or finally, I is so rigorously substituted by the child for his proper name that he readily names any person of his surrounding but stubbornly refuses to utter his own name: the name has for his little bearer only a vocative meaning, opposed to the nominative function of I. This attitude may persevere as an infantile survival” (p. 389). 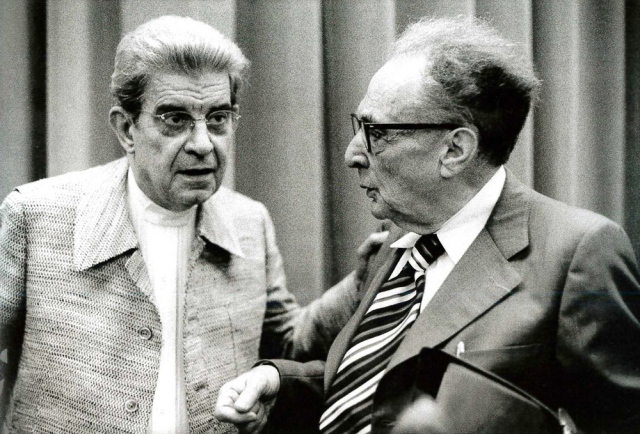